May 22, 2020 by Jonathan Imbody
In New York City, pronouncements against the volunteer work of the Christian relief group Samaritan's Purse revealed venomous anti-Christian attitudes. Because Samaritan's Purse, led by Franklin Graham, the son of the late evangelist Billy Graham, adheres to a biblical view of marriage, some New Yorkers would have had the group kicked out of the city rather than allowed to help save lives.
According to NBC News, for example, an LGBT activist protestor summed up the sentiment  against the Christian organization by saying, "How was this group ever considered to bring their hatred and their vitriol into our city at a time of crisis when our people are fighting a pandemic?” According to the New York Times, "the Democratic speaker of New York’s City Council urged Samaritan’s Purse to leave the city."
Meanwhile, of course, Samaritan's Purse staff and volunteers risked their lives at their own expense to save the lives of as many New Yorkers as they could. Like virtually all Christian health professionals who participated in national polling by the Christian Medical Association and Freedom2Care, they had committed to "care for all patients regardless of agreement with patients' choices."

A Christian physician who serves in New York City wrote of healthcare colleagues feeling "incensed since day one" and of "enraged emails and faculty meetings that demand 'kicking them out.'" The physician worried that anyone known to associate with Samaritan's Purse staff would be subjected to personal reprisals.
I wrote to this Christian physician:
Thank you for your incredible work and perseverance in the face of tremendous stress. May God bless, strengthen and inspire you and you have inspired us.
It sounds like you are essentially viewing raw human nature apart from God, something akin to what C.S. Lewis paints a picture of in The Great Divorce.
You also seem to be living and experiencing life in a way reminiscent of the early Christians, who shone as lights in pagan darkness and hostility that went beyond words to rocks and lions.
In our times of growing hostility toward the things of God, I suspect He is calling Christian health professionals to make clear decisions along the lines of Daniel, who first “made up his mind that he would not defile himself” (Daniel 1:8) by compromising values under pressure, and with Queen Esther, who finally conquered her fear with faith, determining that “if I perish, I perish” (Esther 4:16).
In other words, if a Christian health professional can stay true to God’s principles by determining beforehand to let it all go and leave career, reputation and future in His hands, then faith can begin to conquer fear and enable one to not only courageously face the hatred of others but to love them as well.
Now, I write this in the comfort of my home while you are facing demanding shifts in the midst of death, so I don’t claim to fully appreciate what you’re facing. But I do think these examples and principles in God’s Word are there for us for just “such a time as this.”
God bless you, protect you and equip you to love as He would. And may He transform the lives of your colleagues. 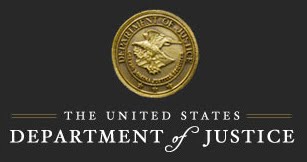 The pandemic also seems to have provided an invitation, in the minds of some government officials, to restrict believers from meeting while allowing more favored secular groups to meet. The U.S. Department of Justice recently had to weigh in against government officials in Virginia who were penalizing churches while protecting secular businesses and groups for the same activities.
From a U.S. Department of Justice news release:
The Department of Justice today filed a Statement of Interest in a Virginia federal court concerning the First Amendment’s freedom of religion in support of Lighthouse Fellowship Church (Lighthouse), a congregation in Chincoteague Island, Virginia, that serves, among others, recovering drug addicts and former prostitutes.
In response to the COVID-19 pandemic, Virginia’s governor issued executive orders that ban in-person religious services of more than 10 people while permitting such gatherings of workers in any non-retail business and an array of retail businesses, including liquor stores, dry cleaners and department stores. Violations of the orders allow for criminal charges and carry penalties of up to a year in a jail and a $2,500 fine.
As alleged by Lighthouse, on April 5, 2020, the church held a sixteen-person worship service in its 225-seat sanctuary while maintaining rigorous social-distancing and personal-hygiene protocols. At the end of the service, the Chincoteague police department issued Lighthouse’s pastor a criminal citation and summons, based on the governor’s executive orders.
“For many people of faith, exercising religion is essential, especially during a crisis,” said Assistant Attorney General Eric Dreiband for the Civil Rights Division. “The Commonwealth of Virginia has offered no good reason for refusing to trust congregants who promise to use care in worship in the same way it trusts accountants, lawyers, and other workers to do the same. The U.S. Department of Justice will continue to monitor any infringement of the Constitution and other civil liberties, and we will take additional appropriate action if and when necessary.”

We can seize an opportunity in the midst of attacks

Someone has wisely observed that crises do not form character; they reveal character.
As our nation faces this pandemic crisis, we see not only the raw anti-Christian character of some people laid bare; we see also an opportunity to demonstrate supernatural Christ-like character in response. Easier said than done, I fully realize, but the words of our Lord Jesus Christ can inspire and equip us to overcome evil with good:
“If the world hates you, you know that it has hated Me before it hated you. If you were of the world, the world would love its own; but because you are not of the world, but I chose you out of the world, because of this the world hates you. Remember the word that I said to you, ‘A slave is not greater than his master.’ If they persecuted Me, they will also persecute you; if they kept My word, they will keep yours also (John 15:18-20).
“But I say to you who hear, love your enemies, do good to those who hate you, bless those who curse you, pray for those who mistreat you (Luke 6:27-28).
But love your enemies, and do good, and lend, expecting nothing in return; and your reward will be great, and you will be sons of the Most High; for He Himself is kind to ungrateful and evil me (Luke 6:35).
0 0
Please do not close this window. You will need to come back to this window to enter your code.
We just sent an email to ... containing a verification code.